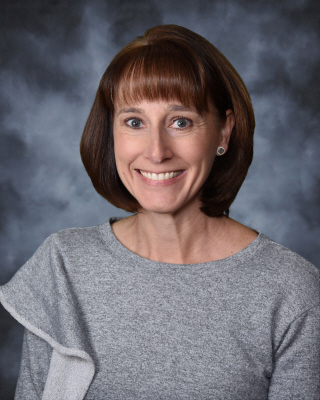 Aledo ISD has named Holly Elgin as principal at the new Annetta Elementary that is slated to open in August 2021.

Elgin has been the principal at Walsh Elementary since 2019, and she has worked in the Aledo ISD since 2013. Prior to Walsh, Elgin was a teacher at McAnally Intermediate for one year and an assistant principal at McAnally for five years. Elgin was also the director of the First Baptist School of Wylie from 2008 to 2011, and she was an assistant principal in the Wylie ISD from 2006 to 2008. Elgin taught from 2000-2006 at Casa View Baptist School in Dallas (2000-2001), Club Hill and Pearson elementaries in the Garland ISD (2001-2005), and Davis Intermediate in the Wylie ISD (2005-2006). She was also an administrative intern in Garland and Wylie ISDs from 2003-2006.

“Mrs. Elgin has been a great asset to Walsh Elementary, and we are excited that she will continue on our leadership team to serve our Bearcats at Annetta Elementary,” Superintendent Dr. Susan Bohn said. “Having been in Aledo ISD for eight years, Mrs. Elgin will be able to immediately make a difference by hiring a staff that understands the exceptional experiences expected in the Aledo ISD.”

Elgin was the district’s Don Daniel Assistant Principal of the Year in 2017, and she was the AISD Marva Collins Intermediate Teacher of the Year in 2014. She has a bachelor of arts in educational ministries from Moody Bible Institute and a masters of education in education administration from Texas A&M-Commerce. She will complete her certificate in school management and leadership from the Harvard Graduate School of Education this summer.

“The last two years at Walsh Elementary have been very rewarding, and I will always treasure my time as principal at Walsh,” Elgin said. “I am excited about this new opportunity, as it’s not very often that you get a chance to open a new school. I look forward to starting new traditions and instilling Aledo Bearcat spirit with our students at Annetta Elementary.”

Annetta Elementary is the district’s sixth elementary school, and it is being built as a part of the $149.95 million Aledo Bond 2019 program that passed in November of 2019. Annetta Elementary, which has a maximum capacity of 889 students and will serve grades K-5, is located on the far western side of the district off FM 5 about two-and-a-half miles south of Interstate 20 in Annetta.