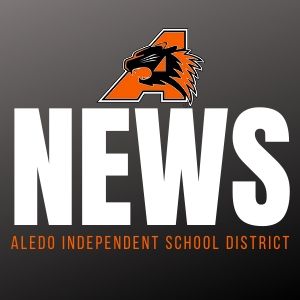 The Aledo ISD Board of Trustees voted unanimously Thursday night to approve new attendance zone boundaries for elementary students for the 2021-2022 school year and for middle school students starting in August of 2022.

The attendance zones were recommended by the district’s Attendance Zone Committee, a group of 39 citizens appointed by the Board who met for more than 10 hours over four meetings to study data about projected enrollment, campus capacity, safety, transportation, infrastructure, planned development and more.

Watch the AZC co-chairs present the proposed attendance zone maps to the Aledo ISD Board of Trustees here.

“It really was a districtwide thought process and truly took all of the district kids into consideration,” AZC co-chair Peter Healey said. “That really was one of the primary factors behind our thought process, ‘How can we ensure the best learning environment for the greatest number of kids for the longest time period possible?’

“Every opinion was heard and every concern was voiced, and the committee as a whole did a very good job of hearing out every thought on the matter and taking it all into consideration as we went through the process,” Healey said.

In addition to working with the district’s demographer from Templeton Demographics, AZC members had access to all of the community feedback gathered via an online survey plus the feedback received from the Board of Trustees and fellow AZC members. The AZC analyzed and discussed the feedback and reviewed what adjustments could be made to the proposed initial elementary and middle school maps. Co-chairs Healey and Cynthia Llewellyn also presented and discussed the AZC process and proposed maps twice publicly with the Aledo ISD Board of Trustees.

“What people need to know is the amount of work that went into this and that you went through every scenario that committee members brought up, walked through that and all looked at the results that may bring,” Aledo ISD Trustee Forrest Collins said. “There’s a lot of thought, a lot of effort and a lot of time.”

The areas the AZC most frequently discussed were downtown Aledo as they tried to alleviate traffic congestion as much as possible and also north of Interstate 20 where the current numbers and projected fast growth meant moving students out of both Walsh and McCall elementaries to extend capacities as long as possible.

“We had long discussions about how the proposed zones would impact students north of Interstate 20, and we closely analyzed this area and how we could best and most efficiently use building capacity,” Llewellyn said. “It quickly became clear that the fast growth on the north side of the district makes it impossible to not make a shift in boundaries.”

New attendance zone boundaries are necessary after the passage of the Aledo Bond 2019 proposal that included a new elementary school and new middle school for the district.

Annetta Elementary, the district’s sixth elementary school, will open in August, has a maximum capacity of 889 students and is located off FM 5 south of Interstate 20.