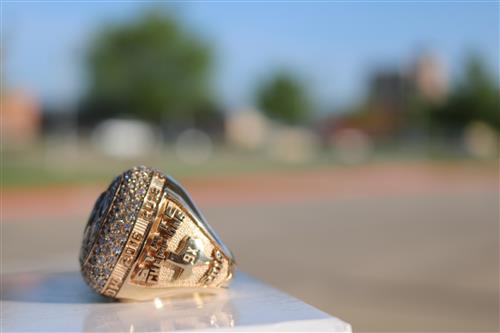 Balfour representatives along with head football coach Tim Buchanan were on hand to deliver rings and patches for players and their parents, and the expressions and smiles were priceless.

Aledo won its ninth overall title and eighth title in the last 11 years in 2019 with a 45-42 win over Fort Bend Marshall for the Class 5A Division II state final at AT&T Stadium. Aledo is the only 11-man football team in state history with nine football state championships.