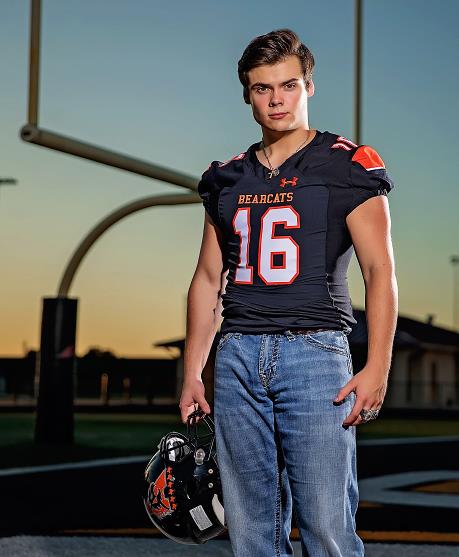 Exciting news for a member of the Aledo High School Class of 2020!

Senior Bearcat Weston Reese has received and accepted an appointment to the U.S. Naval Academy.

Reese has been a Bearcat since kindergarten and will soon be heading to the academy with a four-year scholarship the equivalent to $450,000. According to his Blue and Gold officer, Dr. Michael Ryan, he is the first Naval Academy appointment in the last five years since Dr. Ryan has been assigned to Aledo ISD.

Reese is now one of less than 1,200 candidates from all over the United States to receive an appointment from over 16,000 applicants.

“I have been dreaming of becoming a midshipman ever since I toured the Naval Academy the summer of my junior year," Reese said. "Now that it is all actually happening, I am looking forward to the challenges ahead. I am grateful to all of my Aledo teachers and coaches who helped to prepare me academically and athletically to receive this honor. I am also more than a little nervous.”

Founded in 1845, the U.S. Naval Academy today is a prestigious four-year service academy that prepares midshipmen morally, mentally and physically to be professional officers in the naval service. More than 4,400 men and women representing every state in the U.S. and several foreign countries make up the student body, known as the Brigade of Midshipmen.

U.S. News and World Reports has recognized the Naval Academy as a top-five undergraduate engineering school and a top 20 best liberal arts college. Midshipmen learn from military and civilian instructors and participate in intercollegiate varsity sports and extracurricular activities. They also study subjects such as leadership, ethics, small arms, drill, seamanship and navigation, tactics, naval engineering and weapons, and military law. Upon graduation, midshipmen earn a Bachelor of Science degree in a choice of 25 different subject majors and go on to serve at least five years of exciting and rewarding service as commissioned officers in the U.S. Navy or U.S. Marine Corps.

Reese will study aeronautical engineering and hopes to become a pilot. During his senior year, Reese was one of seven Bearcats recognized as a Commended Student by the National Merit Scholarship Program. Commended Students placed among the top 50,000 scorers of the 1.5 million students who entered the 2020 competition by taking the 2018 PSAT/National Merit Scholarship Qualifying Test.

Reese was also a member of the Class 5A state champion Bearcat football team, which earned a UIL record ninth state championship in 2019.